Home Gardening What I Learned From Adding a Modern Deck to My 1882 Brooklyn...
Gardening


When my wife and I embarked on the renovation of our 1882 Brooklyn brownstone, we knew the back terrace was a key piece of the puzzle, since outdoor living space was such a top priority for us. Unfortunately, the initial phase of the project — gutting and restoring the building’s top two floors — went over budget. So we had to hit pause on the terrace.

About a year later, the pandemic struck and outdoor living space became even more critical, with our two kids stuck at home with us. Like many Americans, we weren’t spending on vacations or meals out, so we were able to save up for a full deck renovation.

To help with the design and building, I called on my old friend, Mark Powers, who I met 20 years ago at This Old House magazine, where we both cut our teeth in publishing, writing about and researching home improvement. Besides being one of the most knowledgeable people in the business, Mark is a superb craftsman, not to mention lots of fun. I knew it was going to be a special project.

My Brooklyn deck prior to renovation.

I also knew it was going to be a learning experience, like any home improvement project is— even after two decades in the business. Here are my biggest takeaways from this one.

The best outdoor living spaces connect with the indoors.

Our home’s showpiece is the folding door system from NanaWall that separates the kitchen and terrace. When the doors are opened wide, the two spaces become one. Because of that, it was important to integrate them visually with the decking material. That helped drive the decision to install deck tiles from a company called DeckWise on the terrace, instead of the traditional deck boards. The rich hue of the ipe wood echoes the dark finish on our interior hardwood floors. Then we went one step further and arranged the tiles on the diagonal to echo the parquet pattern inside. That made the installation more labor-intensive — and hence more expensive — but it was worth it for the visual integration.

GH Lab Tip: Keep in mind that wood decks need to be refinished to prevent fading and cracking. Our tests have found that composite decking is a low-maintenance option that looks more and more like real wood, especially high-end versions.

When the NanaWall is open wide, the terrace and kitchen become one space.

Given its southern exposure, the terrace is blazing hot in the summer. Without a source of shade, it would be off limits for much of the day during those months. There are so many excellent shade options out there, from statement pergolas to chic gazebos to patio umbrellas. We settled on a retractable awning for its compact design and easy operation. It’s also another design element, since the Para Tempotest fabric we chose has a striped pattern in platinum gray that coordinates nicely with the paint colors in the kitchen.

We also installed an automated shade from Lutron on the interior side of the NanaWall. It’s made of a semi-opaque fabric that allows light to filter through but cuts the intense heat and glare of the summer sun. At night, it prevents others from seeing into the home.

GH Lab Tip: Automated awnings with smart controls can be programmed to open and close to manage heat and light throughout the year, making your home more energy efficient.

The NanaWall’s interior features an automated shade from Lutron that helps to reduce heat and offer a sense of privacy.

Premium outdoor appliances are worth the splurge.

The outdoor kitchen is modest in size, consisting of an impressive grill and mini fridge with a soapstone top for an additional food-prep space. Even still, the appliances ended costing thousands because we went with professional-grade units from DCS that I know won’t be kicked to the curb in a few years, the way flimsy outdoor appliances often are. The 36-inch grill, which we use year-round, is built like a tank, with heavy-duty stainless-steel assembly on both the housing and grates and solid construction throughout. It’s held up well to the elements, though we have a cover for it during blizzards and other extremely harsh weather. Its features include built-in LEDs, a charcoal smoker tray, and a 14,000 BTU rotisserie burner that’s great when cooking for a crowd. The fridge, also from DCS, is perfect for stashing cold drinks or a marinating steak before tossing it on the grill.

GH Lab Tip: When sizing a new grill, think about the number of burners. A 3-burner grill is great for small families, adding a fourth allows for zone cooking, and five or more is for homeowners who do a lot of blowout barbecues.

Because our terrace abuts the neighbor’s, it always felt like we were on top of each other when both families were outside. Mark and I workshopped the idea of replacing the existing metal railing with built-in planters, clad in the same tiles used for the deck. This adds to the built-in look of the terrace. An arrangement of ornamental grasses, flowering phlox and fothergilla, winterberry and evergreen shrubs create a sense of privacy while delivering four seasons of color and texture.

Since it doesn’t require nails or adhesives, the floating deck system was so easy to install that even my 8-year-old son could lend a hand.

Pests can ruin any party.

The mosquitoes out back can be unbearable in the summer. Insect sprays and citronella candles had offered temporary relief. But then I came across a permanent solution while testing insect repellants for Good Housekeeping. The LIV Smart Mosquito Repellent System keeps mosquitoes and other airborne pests away by creating a barrier of heat-activated repellant. The wired system was simple to install and, in my case, consists of three cylinders placed around the deck. Fifteen minutes before we’re ready to head out back, we turn on LIV and it does its magic. It’s even WiFi-connected, so I can turn it on remotely, say on the way home from the market with all the fixins for a cookout.

GH Lab Tip: Remember that the best way to reduce mosquitoes is to eliminate potential breeding spots by emptying anything that holds water at least once a week. That includes birdbaths, fountains, rain barrels and potted plant trays.

Outdoor furniture is hard to settle on.

My wife and I have struggled over furniture picks in the past. Somehow, I figured choosing outdoor furniture pieces would be easier. In fact, the opposite was true, maybe because scale is hard to assess in open-air spaces, without walls and a ceiling providing context. We almost dropped a few hundred bucks on a 30-inch round table we spotted online, not realizing how impractical and disproportional it would be.

Get the Look: Brooklyn Patio Renovation 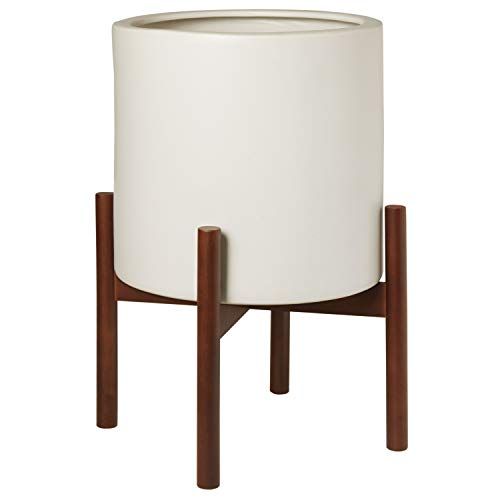 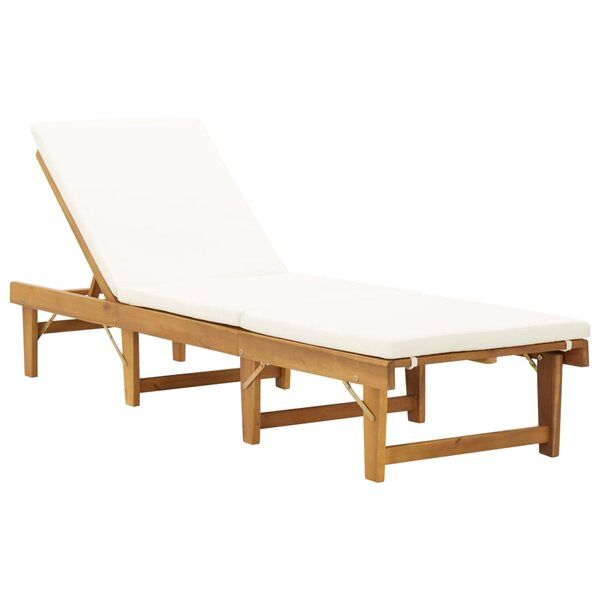 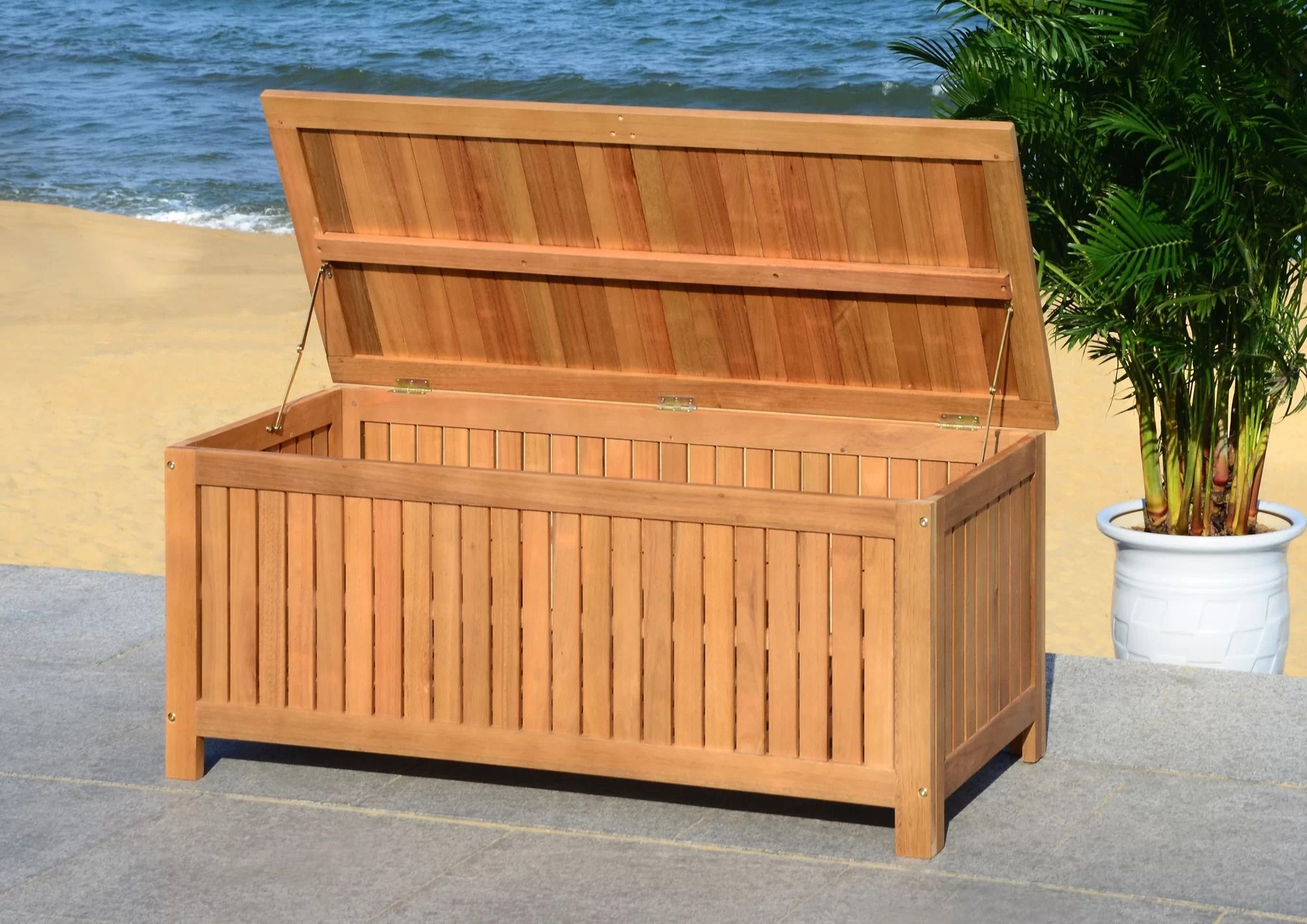 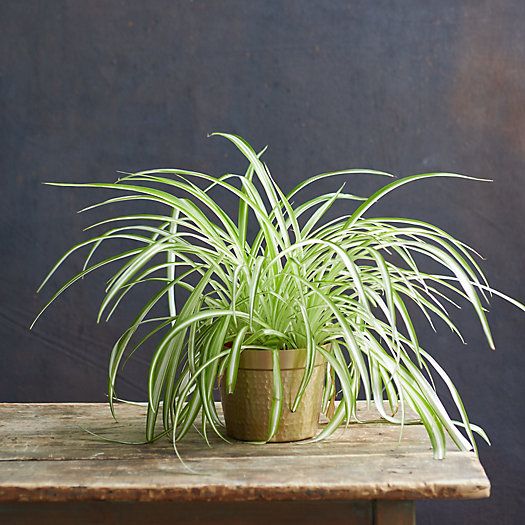 Instead, we decided to work with RH Interior Design, which offers free design consultations for RH members. Our designer chatted with us about our intentions for the space, then asked for precise measurements of the deck, as well as all objects that would go on it, like the grill and fridge. Next, she drew up several furniture plans, most of which revolved around a 48-inch round table, which was the right size for the deck and our needs. We settled on a teak round dining table, which goes nicely with a set of existing antique chairs. The matching teak chaise completes the furniture plan.

GH Lab Tip: Exterior-grade rugs can be a great addition to an outdoor furniture plan, tying the space together the same way they do inside. Fortunately, they cost a lot less, as you can see from this roundup of expert picks for under $100.

A handy storage bench is the perfect spot for keeping outdoor essentials organized.

Even after doing the built-in planters, we still had a bunch of deck tiles left over. Mark came up with the clever idea of building a five-foot-long storage bench that sits under the window section of the NanaWall. It’s the perfect place to stow potting soil, charcoal, garden tools and other items that would otherwise clutter up the terrace. And it’s another perch for guests during large gatherings — or, more often, a cozy spot for one of us during family hangouts.

A version of this article appeared in the September 2022 issue of Good Housekeeping.

Having written thousands of product reviews and how-to articles on all aspects of home ownership, from routine maintenance to major renovations, Dan (he/him) brings more than 20 years of industry experience to his role as the director of the Home Improvement & Outdoor Lab at the Good Housekeeping Institute. A one-time roofer and a serial remodeler, Dan can often be found keeping house at his restored Brooklyn brownstone, where he lives with his wife and kids.

Menomonee Falls, Wis. – As it seats its new CEO, Kohl’s has reached a détente with the activist investor that has bedeviled the...
Read more
Service

Register for free to finish this article. Sign up now for the following benefits: Four FREE articles of your choice per month Breaking news, comment and...
Read more
- Advertisment -

20 Best Tall Indoor Plants To Liven Up Your Space

Courtsey A beautiful indoor plant can dress up any room by adding color, texture and dimension to the space. While you can't go wrong...
Read more
Load more